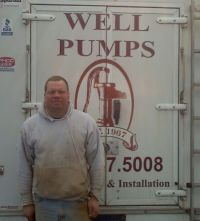 Robert (Bob) Troutner is the proprietor of Accurate Plumbing and Well Service, LLC. Bob leverages his extensive knowledge of construction management, formal training as an accountant, and his hands-on experience to help his clients solve their plumbing and well problems, with diligence, fair pricing, responsiveness, knowledgeable advise, and a commitment to customer service before, during, and after all work has been completed.

Bob has over 15 years of high-profile experience in construction management with both regional and international construction companies marked by almost constant interaction with customers, suppliers, municipal officers, and subcontractors. Known as a hands-on project manager, Bob decided to translate his skills and talents to running his own company. 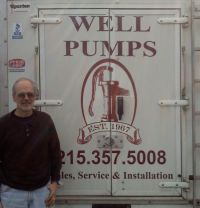 Accurate Plumbing and Well was established in 1967 by Joel Krautheim, Sr. Mr. Krautheim strove to establish a business based on quality, timeliness, reliability, and integrity. Over the past 40 years, Accurate Plumbing’s family of customers has relied upon these attributes.

Prior to purchasing Accurate Plumbing and Well Service, Bob served as a Project Superintendent for Turner Construction Company in Philadelphia. Bob served as Project Superintendent on many high profile projects during his time including Aker Shipyard, and The Philadelphia Water Works. Bob began his construction management career with J.J. Deluca Construction, Inc. With Deluca, Bob began forging the foundation of his knowledge of plumbing, carpentry, electrical, and other trades.

Prior to his career in construction management, Bob served as an accountant to General Accident Insurance company. As an account manager to many construction companies, Bob learned the real cost and benefits of fair and equitable pricing and estimating which forms the other foundation of his business today.

Bob is an honor’s graduate of Penn State University and holds a Bachelor’s Degree in Accounting. He also holds a Construction Manager Certificate from Temple University.

5
May 8, 2020 Judy Zaffino
"Our water pump broke and we had no water it was late on a Friday night and was so worried we would be without any water till Monday. We call..."
February 11, 2020 Rob S.
"I have used Accurate Plumbing and Well 2-3 times for urgent ( isn't it always) issue and have been more than satisfied. The first was a whe..."
June 6, 2019 Helene
"Bob is amazing!! Is knowlege of Wells are impressive. He provided excellent customer service as well as educated me throughout the job! I h..."
January 18, 2018 Jackie
"Bob and Larry were fantastic.! They came on a hot summer day when our well pump needed replacement. Bob answered my call and was at my hou..."
October 11, 2017 Pam gory
"Bob responded very quickly to our water crisis and was able to quickly resolve our problem. We definitely use him in the future." 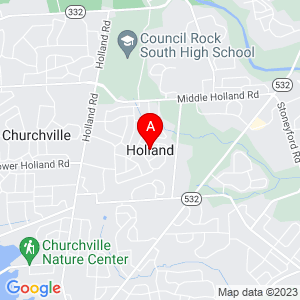 We are doing our part in helping prevent the spread of COVID-19, however we are available for service calls. Your safety is our highest priority and we are following all of the CDC's guidelines to protect our community.